The correspondences of Captain Arman

Narrative of the Loss of The Sea Horse Transport 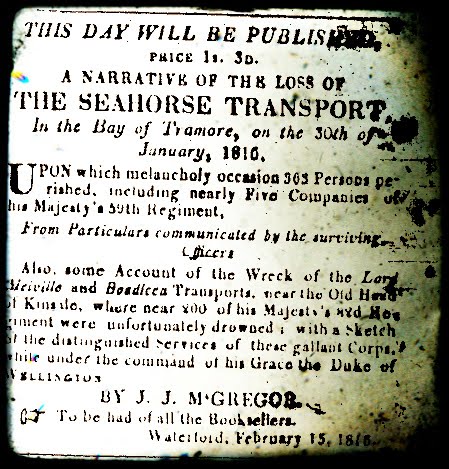 John James McGregor's pamphlet on the wreck of the Sea Horse was first published on 15 February 1816. Click on the picture for a full transcription. Click on the picture for an article on the monuments. 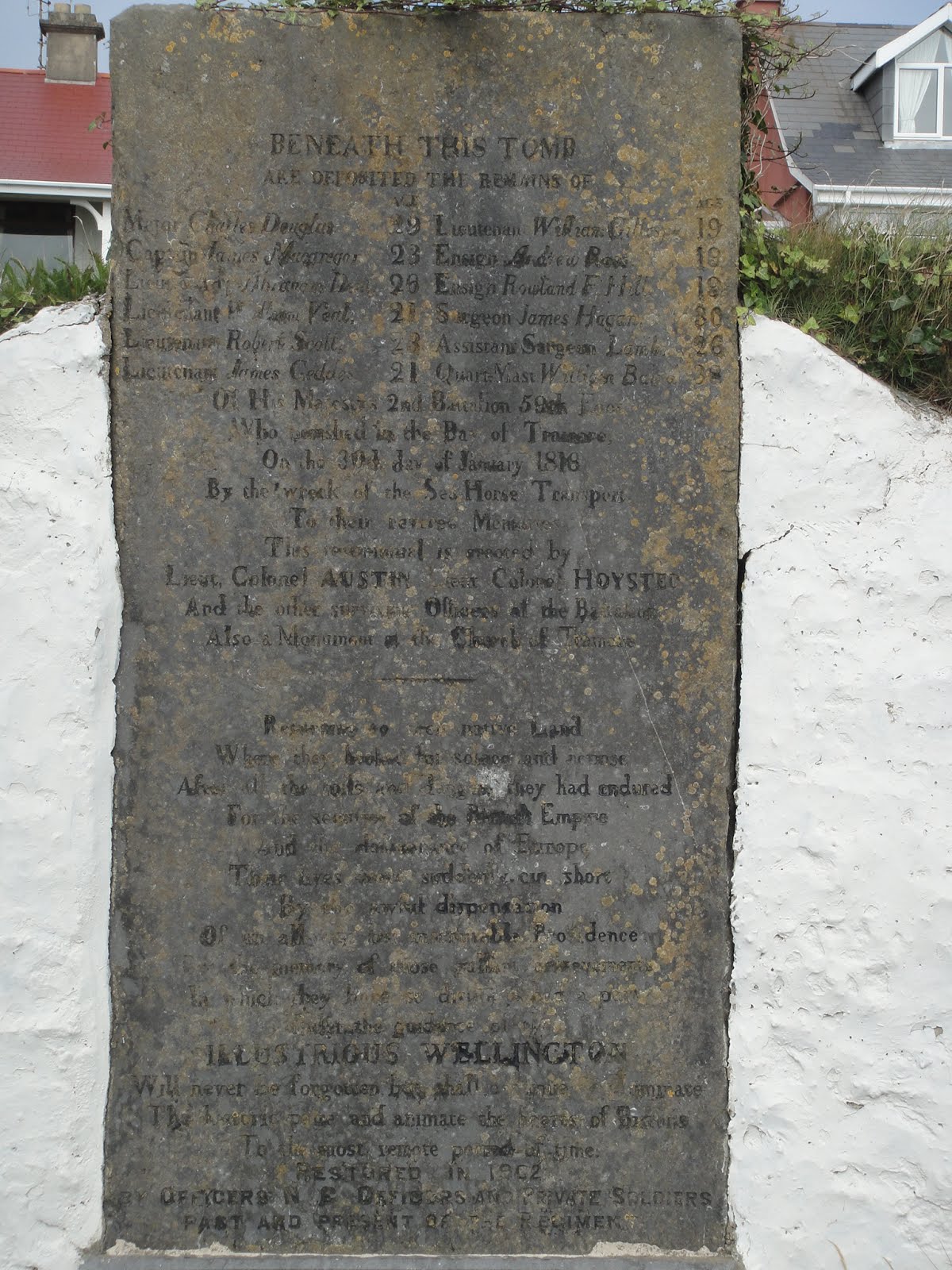 Auction of the Lord Melville 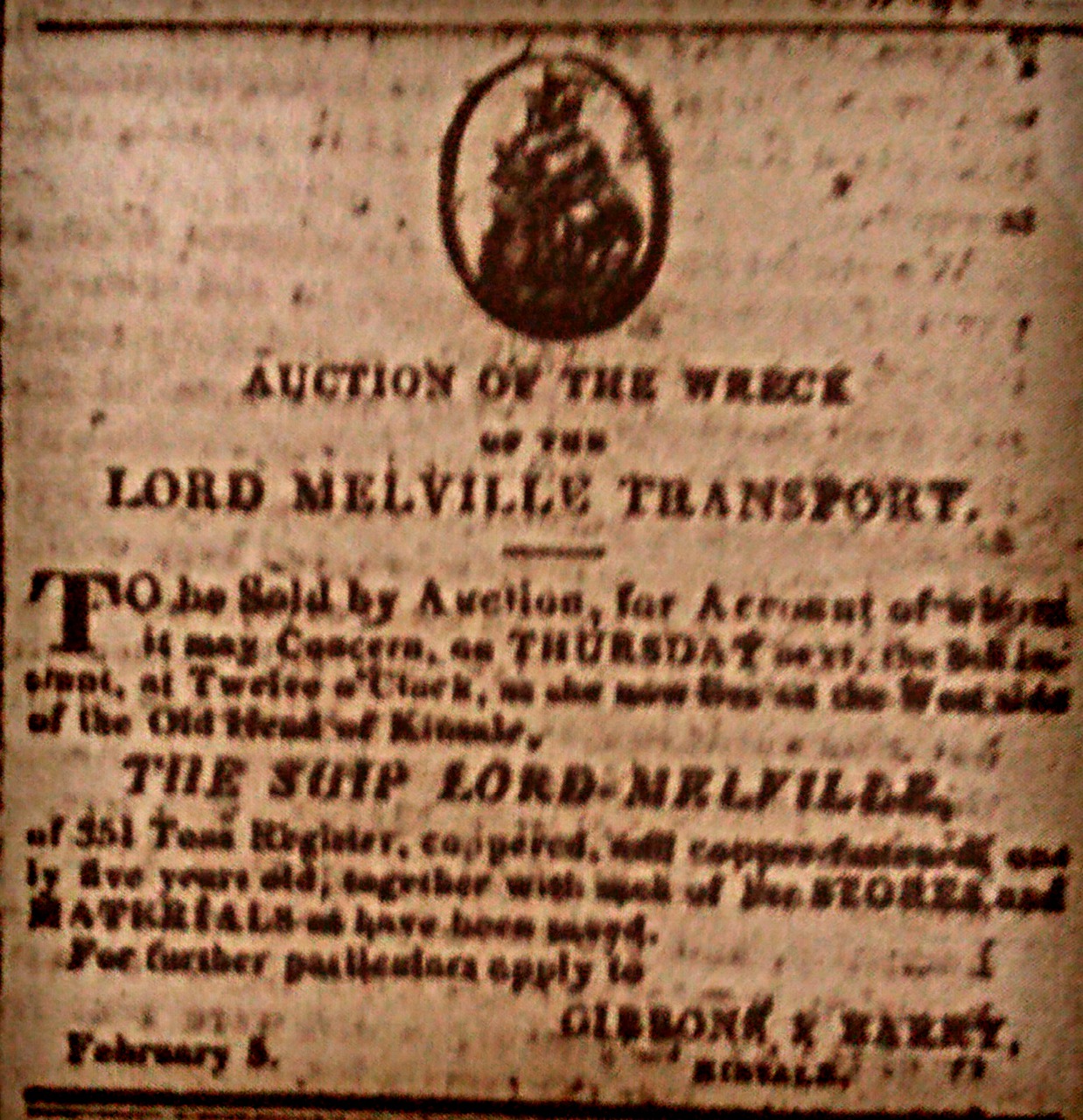 To be sold by Auction For account of who it may concern, on Thursday next, the 8th instant, at twelve o’clock, as she now lies on the west side of the Old Head of Kinsale, The ship Lord Melville, of 351 tons Register, coppered and copper-fastened only five years old, together with such of the stores and materials as have been saved. For further particulars apply to Gibbons & Harry. February 5th, Kinsale. Click on the picture for details of the correspondences of Thomas Arman, Master of the Lord Melville. 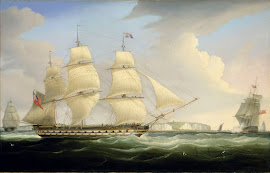 A portrait of the Atlas, off South Foreland, near Dover, by William John Huggins, 1822. On 14 February 1817 the remaining officers and men of the 2nd battalion embarked on the Atlas, a ship in the East India Company’s service, captained by C O Mayne, bound for Bengal. 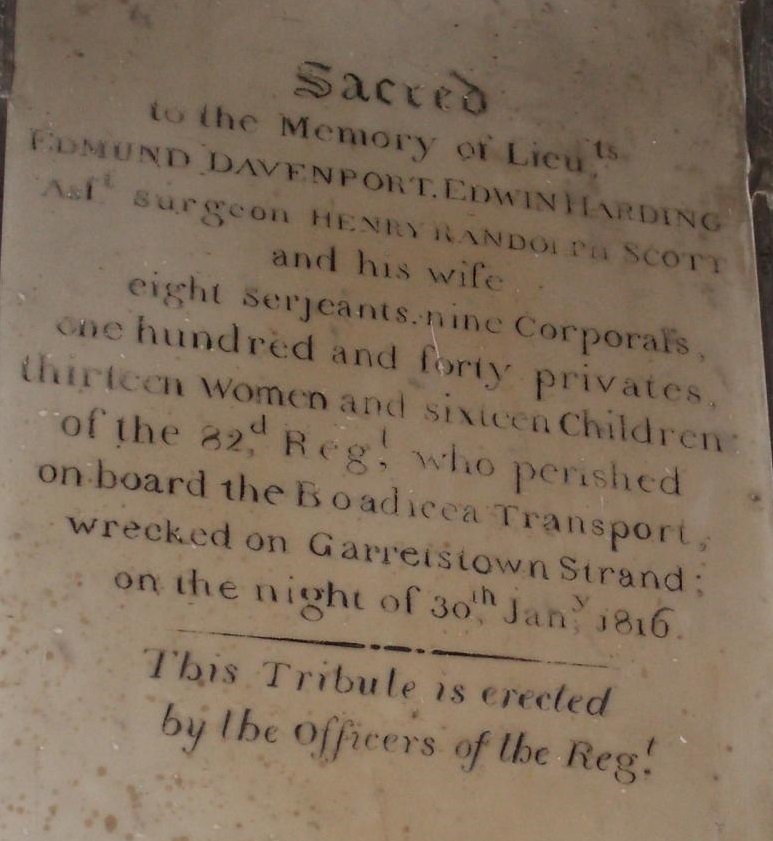 The account recorded on a plaque in memory of those lost on the Boadicea in St. Multose Church, Kinsale, gives the dead as Lieutenants Edmund Davenport and Edwin Harding, Assistant Surgeon Henry Randolph Scott and his wife, 8 Sergeants, 9 Corporals, 140 privates, 13 Women and 16 Children, adding the crew a total of roughly 200 people lost. 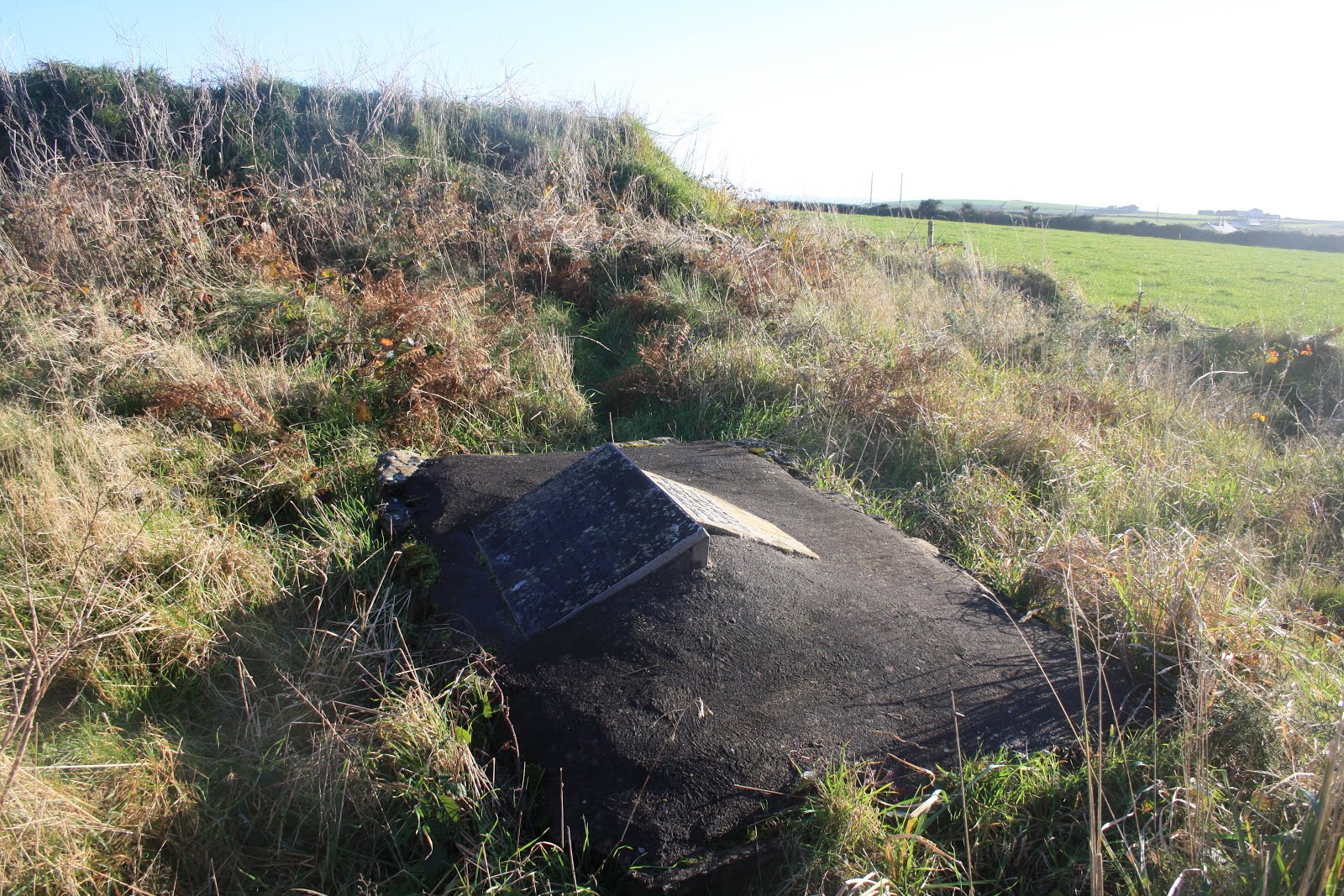 Photo courtesy of Jerome Lordan. Most of the bodies were buried in a mound on the beach. In 1900 the remains were exhumed and reinterred in Old Court Churchyard. The church is no longer extant and visitors to the graveyard would be disappointed to see it was so overgrown with weeds. 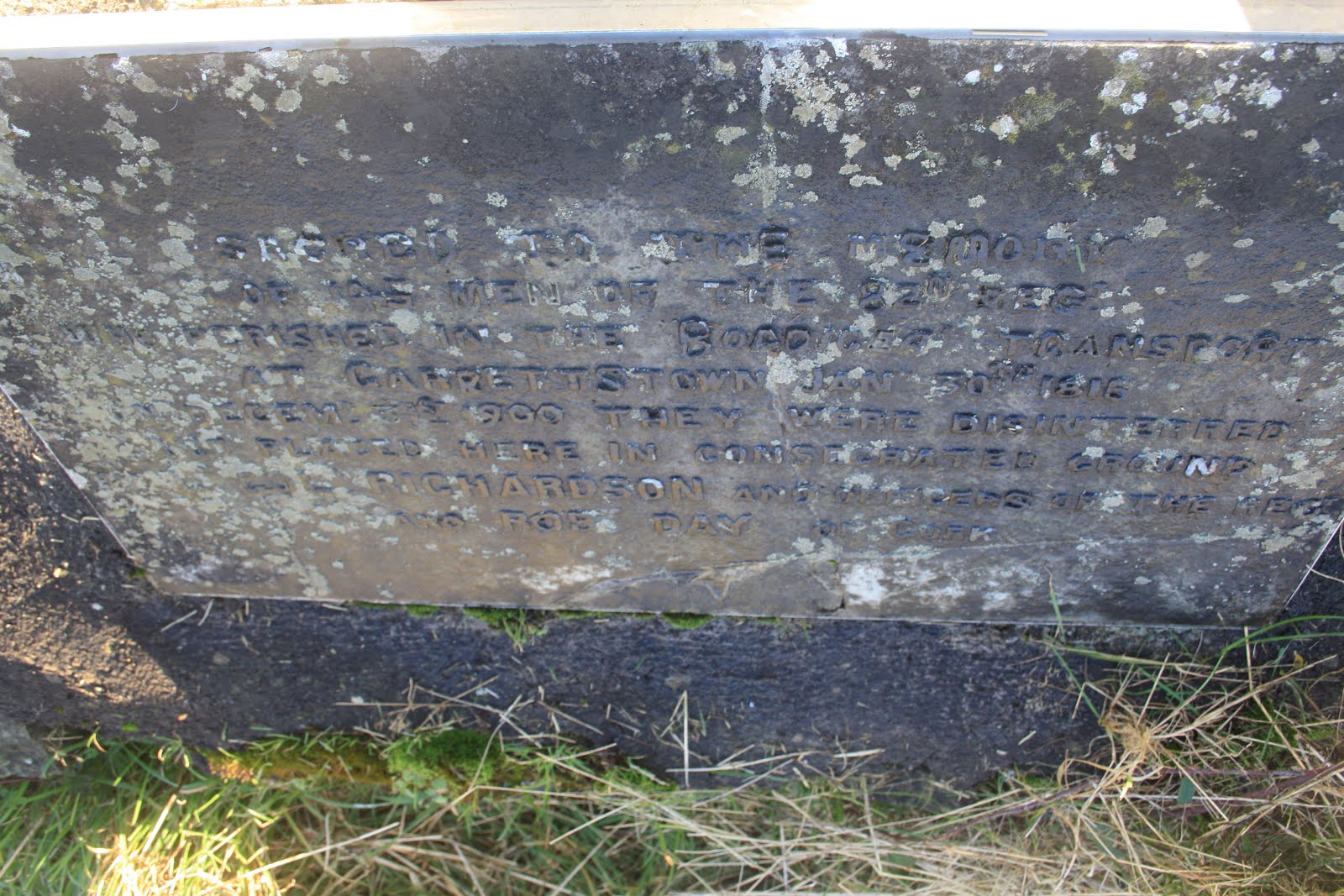 Photo courtesy of Jerome Lordan. Sacred to the memory of 145 men of the 82nd Regt., who perished in the ‘Boadicea’ transport, at Garrettstown Strand, January 30, 1816. On December 31st, 1900, they were disinterred and placed here in consecrated ground by Lieut.-Colonel Richardson and Officers of the Regt., and Robert Day, of Cork. Click on the picture for a complete list of the enlisted men drowned on the Boadicea.